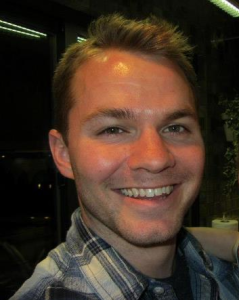 I am a St. Louis native and love my hometown. I grew up in Ballwin, MO and went to Marquette High School where I caused a lot of mischief. I joined the Army as a Military Police officer when I was seventeen and spent three and half years on active duty and another four and a half years in the reserves. I spent most of my time at Ft. Polk, Louisiana, Ft. Eustis, Virginia as well as Samarra and Mosul, Iraq and aided in New Orleans after Hurricane Katrina. While in the reserves I took classes at St. Louis Community College and was selected to give the commencement speech for the 2007 graduation ceremony. I received the Elizabeth Grey Danforth scholarship, a two year full tuition scholarship, to attend Washington University in St. Louis where I completed my undergraduate degree in Environmental Science with an emphasis in Biology. I went on at Washington University to complete my Master’s Degree in Energy, Environmental, and Chemical Engineering. Alongside graduate school, I worked as an engineer at Abengoa Bioenergy. After graduate school I started to teach General Chemistry at St. Louis Community College while I worked as a Water/Wastewater Engineer at HDR Engineering until this past fall.

Currently, I am pursing a PhD in Public Health through the department of Environmental and Occupational Health at Saint Louis University. As an engineer and researcher, I am interested in the future of water as a scarce but critical resource. I have been actively involved in advancing and optimizing current water and wastewater treatment, storage, collection and conveyance systems, in order to ensure the quality and sustainability of this vital resource. My current research focus is on the societal scale health effects of improperly treating wastewater. I want to investigate how a more robust water and wastewater infrastructure can lead to an overall healthier community with an international perspective.

I LOVE teaching – I am not sure I can state this with enough enthusiasm, but I would probably rather sit down and teach someone a topic in the sciences than do just about anything else! In addition to teaching college level chemistry classes as an adjunct instructor, I have tutored high school and college level chemistry, biology and physics for many years. This last year I started creating interactive social games and card games that teach high school level chemistry as well as a few other topics. One of them, Atomic Zero from Genius Games (GotGeniusGames.com), is currently getting a new face job from a local graphic designer and will be put on Kickstarter.com in the beginning of 2014.
Philosophical Beliefs