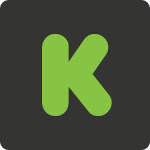 Let’s keep something in mind – we don’t all have an infinite amount of funds to blow on Kickstarter projects. And we all know how it feels to get excited about that game, or book, or whatever, and then almost forget about it over the next six months while we wait for it actually arrive at our door.

So why do we continue to give our precious few discretionary dollars over to some random person’s project on Kickstarter?

If I want the latest new game to play over the weekend, I would go buy one at the local game store. Or if I wanted a respectable novel to read, I would go to a local book store. The “products” alone are not what draws me to a Kickstarter project page – the turnaround time is just too long!

What brings me to KS is something very different – I want to watch an idea become a reality. I want to see another average guy or gal like me succeed with an idea or a dream. I want to see this idea manifest itself into something real – something he/she didn’t have the funds to do alone.

Oh yes, and the feeling of FINALLY receiving it in the mail!? Opening the package and holding the box in my hands. Biting the corner of the shrink wrap so I can peel it back. Wiping my finger across the box design before pulling the top open, and examining the first thing I see.

Scrutinizing every detail as I think to myself, “this was someone’s idea and here it is, I made it happen” while flipping through the pages, or the cards and peering at each graphic like it was an actual animation. These are all reason why I would back a Kickstarter project. Some average guy or girl had an idea – and I am the reason it became a reality!

With that said here are a few things that are absolutely critical when I am deciding if I want to back a Kickstarter project or not. These aren’t always true for everyone and every project – sometimes I see something so cool I just want to support it or even own it! I’ll talk more about this later.

I Back Projects That – Personally Connect With Me

I Back Projects That – Convince Me It’s Worth Investing In

I Back Projects That – Catch My Attention